The man we call Nostradamus was a physician, astrologer and student of the occult. He was born in at St-Remy-de-Provence France in 1503. His given name was Michel de Notredame, but he Latinized his name after becoming interested in Astrology.  He achieved widespread renown for his success as a healer although he had to hide his unconventional and esoteric healing methods from the suspicious eyes of the Catholic Church. He worked tirelessly when the plague attained epidemic proportions at Aix and Lyons in 1545-46.

He had students, who were aware  (in varying degrees) of his unconventional spiritual practices.  He died in 1566 when he was 63 years old, a remarkable age for that time.

Nostradamus Scholars: Here is a great source for the original texts. Many translations I've come across on the web are mangled. Many of the quatrain search engines have been turned off temporarily in the wake of the US national tragedy of 911.

Here is a translation of his Preface to César

This is a collection of esoteric facts about him, that is, they are not necessarily accepted (or even known) by academics - most come from Dolores Cannon's research into his life via past life regressions. You may accept them or reject them, as your skepticism allows. I am documenting what is of special interest to me. 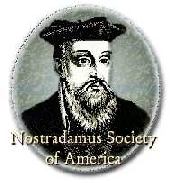 Nostradamus was a very spiritually focused man. In fact he was one of the most talented and gifted of psychic abilities that ever lived on earth. His lineage was Jewish-his paternal grandfather Pierre de Nostredame converted some forty years before Nostradamus was born. His early education may have come from his maternal grandfather Jean, but he seemed to know Greek, Latin, Hebrew, Mathematics and Astrology in his middle-age. His scholarly interests included the lost books of the bible,  (expunged texts forbidden or removed from the Bible by the Catholic Church),The Kabbalah, Astrology and healing. He had 25-30 students of his own (Dionysus from Athens, Tellvini among them), who at times lived with him and sought to learn medicine and his meditative techniques as apprentices.

Nostradamus had developed a method of making people not feel pain when it was necessary to operate. It had to do with hypnosis and trance, a mental quieting of the heart to reduce bleeding and a lessening of pain in the patient's mind. Opium was also used. These techniques reduced the chances of the patient dying from shock during amputations and other primitive surgery using thread dipped in tar.

The saddest chapter in his life concluded when his 1st wife and children were stricken with the plague. He was away, and though he arrived before they died it was too late to save them.

The students studied meditative techniques with him, using fire-gazing, and another that involved  making an occult design with a very fine white type of sand over a obsidian mirror - through this he was able to see images and hear voices with his inner eye. The spirit guides, and "spirits from the future" he reached through this method gave him the descriptions which eventually became the quatrains.

Astrology was accepted (or at least tolerated) by the Catholic Church at the time as a necessary tool of a physician. However, these were the days of the Inquisition and the church was very suspicious and superstitious of anything it didn't understand-- believing them works of the Devil. When a servant's gossip landed him an invitation to Catherine de Medici court, it nearly divided his house. She was shown in his mirror that she would be the mother of 3 Kings. Familiar with court magicians and their "party tricks" she regarded it as an interesting game. She rewarded him.  Having published his 1562 Almanac without the required authorization from a bishop, he was arrested by his friend Claude de Tende, Governor of Provence, thrown into jail at Marignane, but then quickly released again.  He became very discreet in what he would say and do in public life, and on the surface at least was a devout Catholic.

So most of his occult practices were conducted secretly, even from the housekeepers and family.  It is also why the quatrains had to be so cryptic. He has been deliberate in his confusion. Ever cautious, Nostradamus kept his esoteric materials in his locked study.  He dedicated the last decade of his life to writing and studying, and no longer had students. In a codicil to his will he explicitly bequeaths his personal effects to his daughter, "without anyone being able to see or looking at what will be in them."

He seems to not know WHERE he got the mirror. He seems to think that a being of some sort from another plane or dimension bestowed it upon him, in order to make contact between different planes. He was meditating one day and he saw this being standing before him, talking to him and teaching him. The being told him he would be able to re-contact him and other planes whenever he wanted to. Nostradamas asked, "How? I am not that disciplined yet." And the being said, "You will know when you return to normal consciousness." Upon opening his eyes, the obsidian mirror with a silver frame was lying there before him.

This is the second past-life regression account I've read of a non-earth being using Obsidian as a tool or key. It apparently is  regarded as a special substance in groups that practice white magic. The Indians and Aztec shamens of Mexico also used polished slabs of obsidian and used the reflecting mirrors for divination. There is even a magazine called Obsidian. It is also known as Volcanic Glass. I have not had any results with it in my own experiments with scrying.

a present-life digression:) I once tried to buy an obsidian mirror on the Big Island of Hawaii, since the island is practically MADE of obsidian and I figured one would be easy to find. However, no new age shop sells obsidian there. Tourists who have taken souvenirs of rock with them home from Hawaii Volcano National Park, often return them to the National Park Service with a note describing misfortunes that have occurred since their removal. They hope by this action, to be released from Pele's terrible spell. I didn't really believe this- but, um, didn't take any just in case. I finally bought my sphere a year later in Mexico at the base of Teotihuacan-the great Pyramid of the Sun rising above what had been a religious and obsidian production center in its heyday.

If his quatrains each represented a "decade" in a Century, why don't the right dates apply, and why is there less than 10 for some Centuries?

Actually what he did was put them in 6 stacks, each according to one side of a die. He would throw the dice, and when he got a double number he would take one at random form that stack the the  number delineated, and put it next to his book. But if he got 2 different numbers he would add the numbers together and divide them by some decimal to come up with a number to pick one at random from another stack. He says: "There is a pattern there, but it would be too mathematically complex for ordinary people to see. Do not be alarmed if you do not find a pattern."  He was trying to make it deliberately obscure.

He also implied that he would have liked to have one for every decade, but that he ran out of time (my joke). Some new-age students will be familiar with the Tapestry room or the Hall of Records on the astral plane. I found it interesting that the way he "zeroed in on" interesting events was to find a snag or snarl in the "fabric" of time so to speak, and then mentally connected with that visual image in the Akashic record. It reminds me of that Chinese blessing:  may you not live in interesting times. I would change it to "snarled" times...because when peace is making everyone drowsy, the fabric is as smooth as velvet.

Warnings to our time