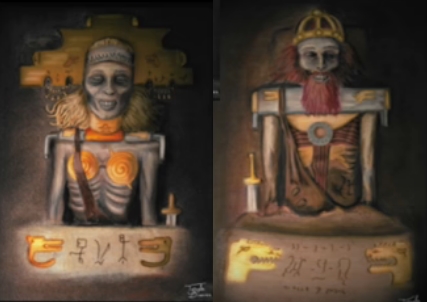 Were there red headed giants
that troubled the Native Americans ? 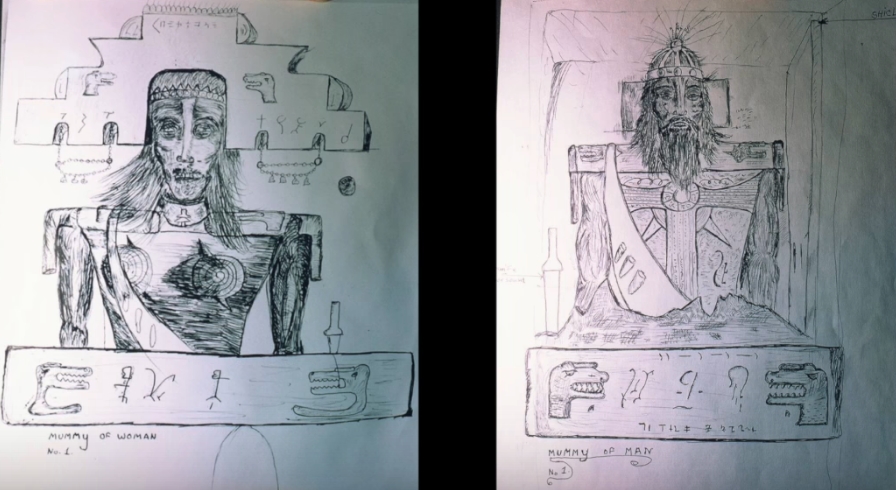 Or is it another hoax?

Here is a transcript of a channeled interview with them.

"This was our land you took from us. We were driven outward of our land. Natives with dark hair and skin drove us away. We migrated over. This was our land. We were there first, well before the Alt/Atlantian time period. We developed this area. We knew that our time as a species was expiring.

We developed these tombs as a sacred keeping for our ancestors. The plates were a written record of my ancestry, of our history, or our dealings with one another, of our works. Your leaders know this. These records have been taken to people that can translate these works or at least can understand a general idea of what is transcribed on these plates. But they have not been publicly revealed."

"We are disappointed in this, for we have left this behind for generations to discover and to praise our works. We went through much trial to establish these records. We kept them safe. We wanted them to be preserved. And we don't feel that keeping them from the public is necessary at this time. We wish for the information to be expelled. We went through great lengths to record this!"

"It was a bit time consuming to record the history of his people on these plates. And to establish these metals in the way that they were assigned." And to take all that time for nothing has been very disappointing to him he says.

What do you want to say about your people and your history?

He says he wants people to know that:
"We were here! We were here on this land first and foremost before (he's calling them) the 'Injuns', those of the native, that you say were native but we were the native. We called them the Pac-a-cho-weh."
(It's a different language.)

He's saying again that the natives took the land from us.
"We established our reign in regions and the land was taken from us."

Were your people perceived as a threat? Were you threatening in any way to the Native Americans?
"We took what we felt was ours, yes, this could have been perceived as a threat to those that only took what they wanted or needed. They were minimal. We were more extravagant and this proposed a threat as when we wanted something we conquered and took it accordingly.

He says that I'm right to think that they were not a very compassionate type species.
"We were more a self-serving regime. I had those under me that acted as consorts and servants. I was their king as you would refer to kingship. We called it something different but in your terms now it was similar to kingship. I was of royalty."

Explain more about this. Did you come from another species from outside of this Earthly realm? Or if he was considered human, genetically? What is it that we can understand?

"As you know, from what you've learned from these mummies I am very tall, very large. My bone structure is very different than the human species. You are very delicate. My body was made to sustain rough terain for long periods of time, very malleable. I was able to sustain through harsher weather, a more rough environment."

He's showing me a lot of images that during his time period especially in the American region there were a lot of enviromental changes. Their stucture allowed them to get through this I think a bit more than our bodies would be able to. We are quite a bit smaller and our bone structure seems to be from what he's showing me a lot more brittle than his own.

CG: This ancient builder technology is so far beyond even what most of these fourth/fifth density ETs that we’re dealing with in some of these meeting that we’re having, these conference meetings. They’re so far beyond them technologically, that some [or] these beings want to get their hands on this technology. It is multi-dimensional technology, some of this technology looks like a slab, but the technology is operating on other dimensions. So it took us quite some time to figure out that some of the stuff was actually technology. It was basically magic to us, even up in the 20th century.

DW: Did anybody ever figure out how to use the technology?

CG: Definitely. Yeah. It has been figured out. And what was very interesting is that in these smart-glass pads, there was this one location that, back in the 1800s even, people were going from certain, I guess some people would call the, Illuminati groups or whatever, elite groups – were going to visit this one area that had – it was like kind of a grotto, underground cave. And it went up about 90 feet. And it was covered... They had coated it in some sort of pitch-black material. And there was an ancient script language that was around on the inside that they had mostly deciphered, and were hand prints, and there were three sarcophagi in kind of a y-shaped on the floor. And in the middle was kind of like a box, but with almost like 4x4 in each side suspending a top and a bottom. And in the middle was, like a blue glowing crystal matrix with a spider web connecting it to the four corners, suspending it. And this is what was creating the temporal well, or the temporal bubble.

CG: Yes, it had facets. It looked like a quartz crystal

DW: Really? And you said like a spider webs, like little fiber optic cable kind of thing?

CG: Could have been fiber optic, but it look like spider web connected to the top and bottom of it.

DW: And you said there’s four posts that are holding the spider web, to then, the crystal?

CG: Correct. And it was suspended down from there.

DW: Back when there’s no electric light.

CG: Yeah. Back when they had torches.

DW: That must have been mind-blowing for them at that time.

CG: I would imagine

DW: What’s in the sarcophagus?

CG: Wee, they couldn’t see it, so they had to build scaffolding up to climb up and look down in. And to look down in, they saw these very tall beings, or very large giant humans with reddish beards. And their skin, because of the pale white, they look kind of gaunt. But that looked – I think it was because of the lighting. 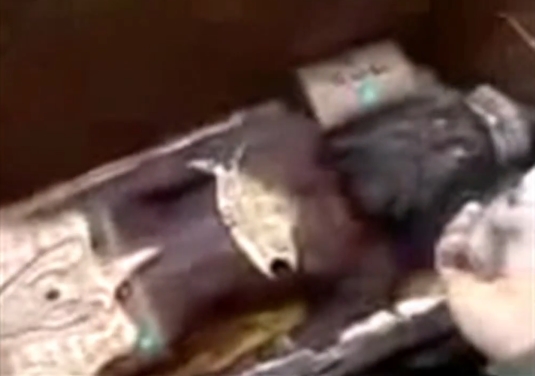