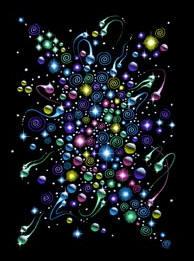 Arcturians are the most advanced 5th Dimensional beings in this galaxy. They operate under 5th density mostly. They give us an idea of what our future will be like. They are to us, spiritual, mental, and emotional healers for all of humanity. They believe love is the primary element of life in the 5th density. Their ships are the most advanced in this free-will universe. We have not been hosts to a violent extraterrestrial attack here on Earth because most civilizations fear the advanced Arcturian ships. The Arcturian civilizations are governed by ‘elders’ who are the wisest and highest in the spiritual ladder. Arcturians range from 3 to 4 feet tall and are generally slim. The Arcturians have a greenish hue about their skin and have very pronounced, almond shaped eyes. They have the ability to move objects with their minds and are highly telepathic. Their hands, unlike human hands, have only 3 digits. They have brown and sometimes black eyes, but they rarely use them, they see telepathically. They can live to the age of 350 or even 400 years. They age slowly and do not fall prey to sickness, this was eradicated long, long ago. In the Arcturian civilizations, professions and life’s paths are chosen by one’s spirituality level. This is used to decide which female is suited to give birth. The birth process is unlike that of ours, it consists of a female and male mentally bonding and thus a clone of the bond is produced as a result. Arcturus evolution is based on teachings of spirituality, and thus as one evolves, one becomes more spiritual, if one fails to reach his allotted goal, that individual is then tutored more so the individual can succeed. The arcturians ingest energy instead of eating like us. They also live off little sleep, they rest only once a week. They can also ingest knowledge therefore they can intellectually advance faster than any human. They are here on Earth on a mission to educate humans and help us cross over to the 4th

We strongly urge you to understand that thoughts which flitter through your mind's "privacy" transmit energy patterns from your brain into the planetary ethers. That which is within your mind is not contained like a jelly in a jar sealed tightly. Thought is not something that is stopped by the hard bony shell that covers your brain!  Thought is like projected images and sounds that beam via radio and television waves.

What! Does such a statement surprise you? Like so many galactic peeping Toms, the star tribes closely observe you, humankind. We know more about you than you would comfortably suppose. Waves of unrestricted thought emanating from mass humanity assault the delicacy of the air and feed onto the space cords. It would be well if humans would begin to closely monitor the tones of their internal sound systems.

The marvel of all this is that your illusive sense of internal privacy is coming to an end. As the book of Self opens its pages to the clear, unencumbered view of others, your sorrow, despair, and loneliness will begin to dissolve. As you surrender to a heightened state of sublime cosmic awareness, the veil that divides humanity from the etheric worlds will completely dissipate.  Adonai.