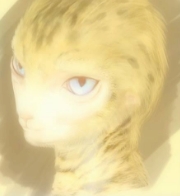 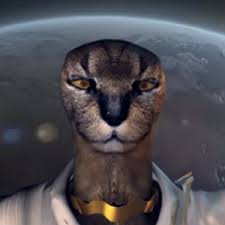 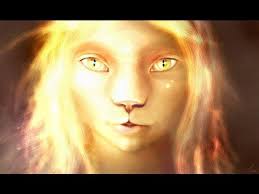 Tekkrr (or Thekkrr) is a Lyran ambassador to current Earth governments among others.

Tekkrr: I am a counselor for the groups that are assembled. I am a counselor for others in counselor positions. I can bring people to me and meet with them both in the 3rd and 4th dimensions. Those meetings will not be in their memories when they leave. I am in their dream state, they see me as a dream or apparition. I look like a feline cat, similar features, facially not body-wise. I do not have a tail as per se, more of a knob where the tail was once. My facial hair is brown, sable. My eyes are cat-like in some ways but human in others. No hair on the palms. I am on my planet 53, on your planet 69 [in 2014]. I am the only child of my parents. I grew up in something that would be considered a home, with cave-like proportions.

We are intellectual, we do have emotions but do not show them much. We find it beneficial to only show our emotions when necessary. We are logical but yet understand the need for expression. Our society lives well. There is a type of currency for certain things only. Privilege is money in our society. There are some things that require money, but they are few. We are stable and do not need to take from each other. On this world there are 7 billion of us. We inhabit 2 worlds, the 2nd with 1 billion. We sleep, but not for long periods. To leave the body is to leave it unguarded so we are not allowed. We walk on 2 feet, we wear clothes. I usually were a single piece with straps on the shoulders.

My people were originally from the Vega civilization about 2.4 million years ago. When the [I'm guessing the Ancient Reptilians - my injection here, as she states in the interview that she is not allowed to say] invaded our 3rd dimensional world we moved to the 4th dimension 110,000 years ago. I've been involved with human history for the last 11,000 years. There were meteorites that hit your planet, there were volcanic eruptions that destroyed 47% of your planet at one time 11,037 years ago, in 9020 BC. There were many alien invasions.

Recent Invasions
On September 17th 2014 Massant (sp?) Reptilians attacked Earth with a negativity ray. It brought fatigue to those in Ascension. This was a covert operation from an uninhabited planet in the Sirius system. The wavelength of this ray was very long, 72,342,000 decimeters and reached our Earth quickly because they know how to fold time-[space]. The frequency was modulated to 47,295 decimeters. But it was also masked, human instruments could not have detected it. It caused much damage to productivity on Earth, the 5% productivity depreciation was very high.

Other recent intrusions include the Siberian mishaps with the old nuclear reactor area because it has still high radiation acceptable for a landing site, the date was 2011 August 20th.

On 29 September, 1957 there was a nuclear meltdown at a USSR, called the Kyshtym disaster at site that was not supposed to be well known. There was alien activity around that plant, but they did not cause the explosion, they were trying to stop it.

Many species are making crop circles, most to warn, some to intellectualize, some to deceive. You have only seen the cryptic ones not the clear frightening ones like "Death to Humanity". The 2 species who create these frightening ones intend this outcome eventually but are being stopped by several species, namely: the Yahyel, the Pleiadians, the Arcturians, and the Sessani. [Who Bashar calls Essessani]

Our religion is the one God, who we can't speak to directly - it is impossible - but we speak to his various aspects/personalities. One is Jesus/Yeshua although we do not use that name. 92% of our society believe in him. He is equal with other aspects of God: Mentot, Tiron, Spanitura, & Kalah. (sp?) We pray. We speak to them and sometimes we hear them, we praise God in them, here is a sample prayer to Kalah:

- Channeled by Jim Charles around Oct 6 2014, Interviewed by Max M.R. Steinberg
Check out other channeled videos by Jim on You Tube or Human Colony or Hucolo.org for short

There were different beings at different times. You must understand that
the excursions of the Anunnaki to earth in the beginning covered many hundreds of thousands of years and many different excursions. But toward the latter part, about three hundred thousand years ago, or so in your terms of counting.  One of the final excursions was the one in particular that was cut off and all of the mythologies basically stem from that particular excursion.

Q: Was the Anunnaki. would they be called Lyrans?

B: Yes. Anunnaki is simply the name given by the earth beings to that branch of Lyrans named after one of the prominent representations called Anu in the Lyran language.

Q: What does the Association call the Anunnaki?

B: No. The Association is something quite a bit different.

Q: No, no. What in Association nomenclature is the Anunnaki referred to?

This phoenix myth did not originate on Earth. Earth people did adopt it but the myth itself came from the Lyran civilization. It was a symbol for them that their empire would never be destroyed. It was a symbol that gave them power, and it was often used in battle as a power symbol meant not to frighten the enemy but to show their own strength.

The Lyrans originate from the small constellation Lyra, the harp or lyre. The Lyrans come in many forms. Some are Giants, they have a light skin tone, with light eyes, and light hair as well. Some of the members of this class have light brown hair, but this attribute is rare. They range from 6 feet tall to about 9 feet tall. They have nicely shaped bodies and are rather muscular. This size and structure is true to both females and males of this class.

Another Lyran class are the Red Heads. The hair of this class ranges from a vibrant red to strawberry blonde.They have a fair skin tone as well, therefore, they are very sensitive to sunlight. The eye color most predominant in this class is a light green. They can be said to be very similar to our ancient Vikings.

Another class of Lyrans would be the Caucasian Lyrans. They have very fair skin and light eyes. Sometimes their eye color can be light brown but that is a rarity. This is the Lyran class whom we mostly sprung from in our distant past. Another Lyran class are the Dark Skinned Lyrans. This class has skin with a light chocolate hue. The eye color of this class is primarily brown, but occasionally, some have green eyes. This class had and influence on the people of Pakistan and India on Earth. They are an extremely peaceful people. They generally show hardly any emotion.

Lyrans also come in other forms as well, some resemble animals of our planet, Earth. One of these classes are Bird-Like. This class consists of very thin, slightly frail, and bird-like. They have bird-like eyes and thought their hair does not contain feathers, but it is very feather-like. This class is very intellectual.

The other animal-like class would be the Cat-Like Lyrans. 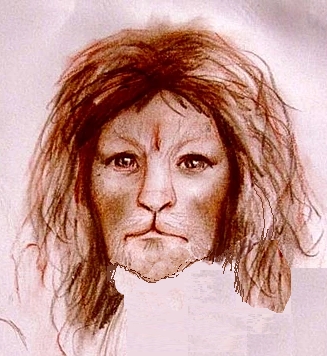 They have a cat-like nose but just not extremely pronounced. Their ears are pointed slightly, resembling that of elves in our ancient fairy tales here on Earth. The eyes of this class are extremely cat-like also containing a second lid. They have a thin layer of hair, similar to that on a peach, covering their outer epidermal layer.